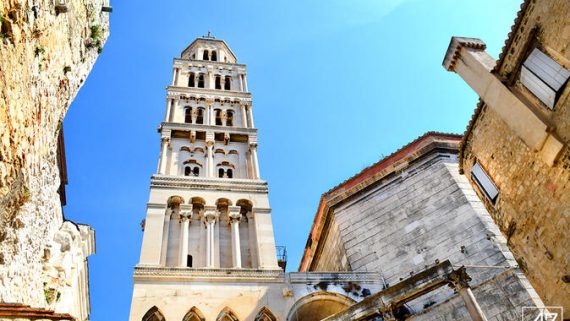 Diocletian Palace is one of the best preserved monuments of the Roman architecture in the world. The Emperor’s Palace was built as a combination of a luxury villa – summer house and a Roman military camp (castrum), divided into four parts with two main streets. Southern part of the Palace was, in this scheme, intended for the Emperor’s apartment and appropriate governmental and religious ceremonies, while the north part was for the Imperial guard – the military, servants, storage etc. The Palace is a rectangular building (approximately 215 x 180 meters) with four large towers at the corners, doors on each of the four sides and four small towers on the walls. The lower part of the walls has no openings, while the upper floor is open with a monumental porch on the south and halls with grand arch windows on the other three sides. Over the centuries the Palace inhabitants, and later also the citizens of Split adapted parts of the palace for their own requirements, thus the inside buildings as well as the exterior walls with the towers significantly changed the original appearance, but the outlines of the Imperial Palace are still very visible. 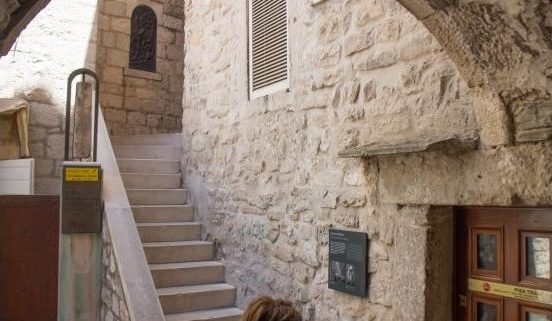 Split keeps exceptional monuments of religious architecture such as the cathedral. Duje, the Monastery of St. Ante at Poljud, the medieval church of St. Trinity, a miniature church of St.. Martin in the northern wall of the Palace, St. Fran along the waterfront, the synagogue from the 16th century and many more. 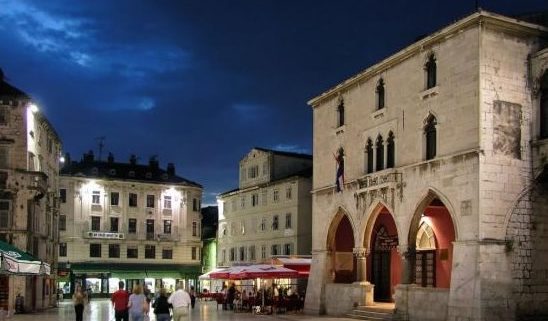 Sit on one of the town squares as they do to the people of Split, long ritual of drinking coffee and endless chitchat an integral part of the city’s spirit. Become a part of it. 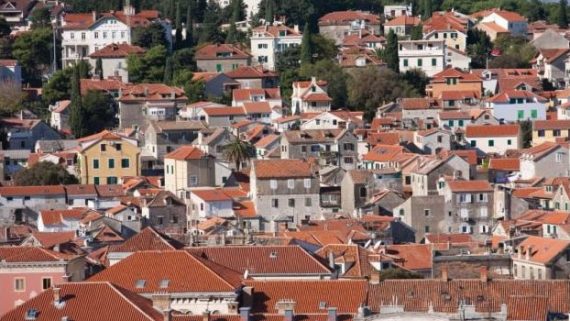 Do not miss a walk in the neighborhoods that are still alive the spirit of the old Split, especially Veli Varos and Radunica, or Matejuška, fishing harbor where still lives the spirit of the Split of the lovers of Roko and Cicibela. 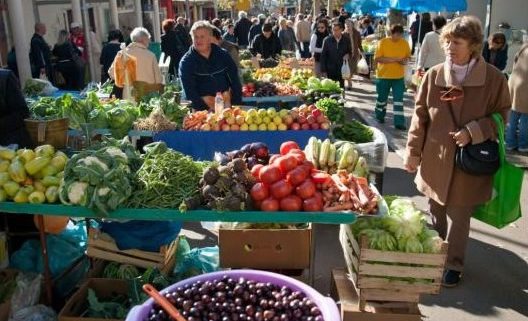 The central points of city life in Split, the place where truly feel the spirit of climate, Dalmatia and the Mediterranean. 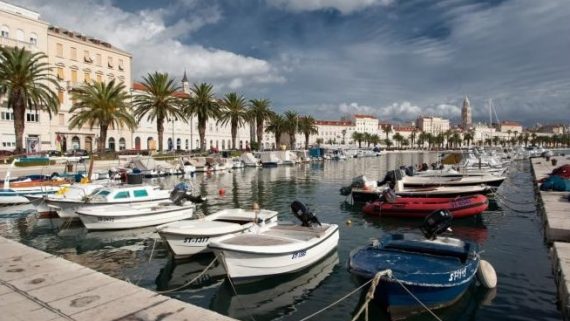 Discover the most important parts of Split such as Riva, Marmont street, port Matejuška …